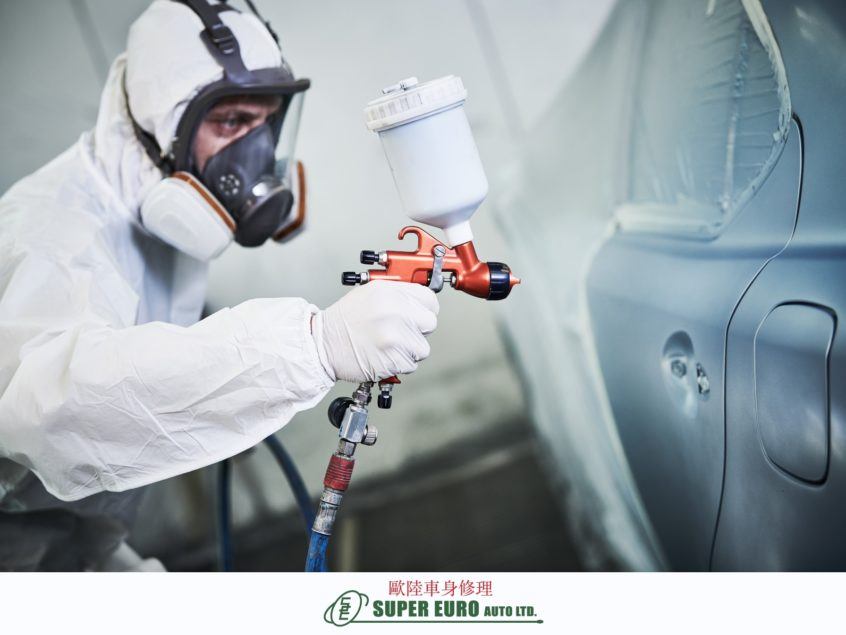 Perhaps no invention has changed the landscape of the planet more than the car. Cities and whole countries have morphed and developed to accommodate the invention, and the car has even changed the very climate on earth.

Considering its impact, it’s difficult to believe that the car has only existed for 150 years!

The year 1886 is regarded as the birth year of the modern car, when German inventor Karl Benz patented his Benz Patent-Motorwagen. By the time the 20th century rolled over and with the the founding of the Ford Auto Company in 1903, cars suddenly became readily available and widely distributed.

The manufacturing of cars has also had a huge influence on the world as we know it today. One often overlooked part of that process is the evolution of car painting. The product, techniques and technology that goes into car paint has also seen huge leaps in innovation and has impacted many other global industries.

So for all the enthusiasts and curious minds out there, here’s a quick timeline that lays out:

The Evolution of Car Painting

Cars are brush painted with a varnish-like product, then sanded, smoothed and re-finished. Multiple layers are applied before the vehicle was polished to a smooth shine. The whole process has limited colour options and is extremely time consuming. In fact, one paint job takes nearly 40 days from start to finish!

This era is marked by the invention of a major game changer — the spray gun! The invention majorly changes the application of car paint and improves both consistency and efficiency. Coats of paint are more evenly uniform than when applied with a brush and therefore need less sanding, which speeds things up and reduces costs.

With General Motors on the scene, they introduce a new kind of large oven to bake the paint. It speeds up the car paint process even more, however the car paint is dull in comparison to the shiny jobs to which people have become accustomed.

Ford makes another change, or rather, changes back to a previous method called stoving, which was the previous way of baking/drying paint. People want that lustre! During this era, acrylic stoving enamels are still applied with a spray gun, followed by a baking process, creating a shiny and durable paint job.

This is when we really see widespread experimentation with new colours, especially metallic hues.

Technology continues to improve and become more automated. Car makers now utilize a process called electrocoating, which involves submerging vehicles in a primer bath and using electric currents to bind the coating to the metal. Human hands are no longer needed to create a perfect coat of paint.

Thankfully, humans aren’t completely obsolete. They are definitely needed to do paint touch ups and custom paint jobs, which we specialize in at Super Euro. We love a pristine paint job! If you’d like a touch up or have any questions about your car’s paint job, let us know — we are happy to help.