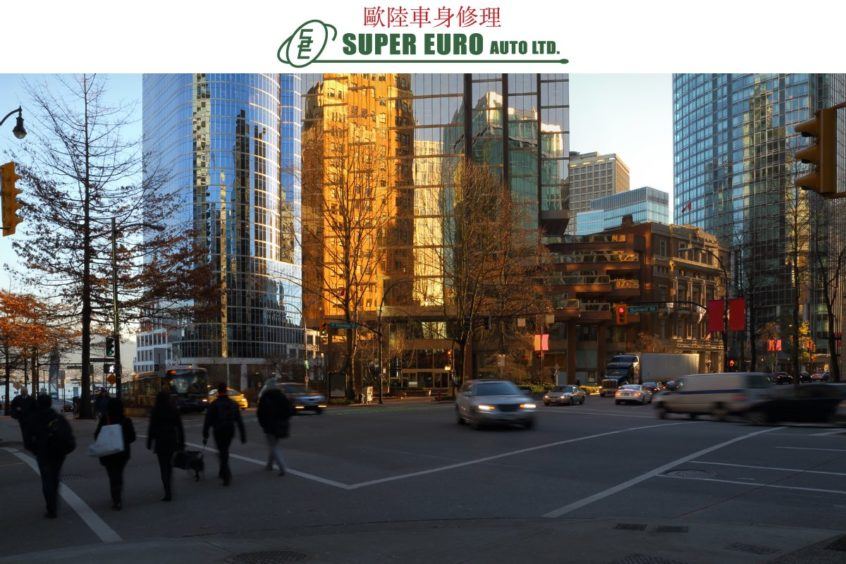 In today’s world, things happen quickly, especially on the roads. There are more people, faster cars and smarter technology. But one thing that doesn’t evolve that fast are the roads themselves. It’s a major undertaking to widen or redirect roads-it’s expensive, inconvenient, and time-consuming to fix roads. And this creates a conundrum… the busiest roads are often the ones that are most dangerous and need fixing the most, but because of the volume, they are the hardest to fix. So, until smart cars take over and fix our driving problems, stay aware and stay safe out there!

Vancouver is no exception. In fact, it might be the rule. Metro Vancouver has some of the highest risk intersections in all of Canada. If you are a frequent driver, you likely have crossed some of these intersections on your travels.

One of the three bridges linking the Vancouver south into downtown. If you’ve ever experienced standstill traffic trying to cross this bridge, chances are there has been an accident at this high volume juncture.

This bottleneck point deals with much of the city-to-suburb commuter traffic that comes in from east of the city.

The main vein for commuters heading south out of Vancouver, accidents here have drivers frequently frustrated.

A sprawling intersection mixed with plenty of pedestrians. Many commuters entering or leaving downtown will cross this busy juncture.

This list says nothing for some of the high risk intersections that link the Trans-Canada Highway to other parts of the Lower Mainland. Many of those junctures have high statistics, too. So whether you are driving in the city or are driving to or from it, practice caution. Slow down, put your devices and distractions away, and keep your eyes on the road! You don’t want to become another statistic.